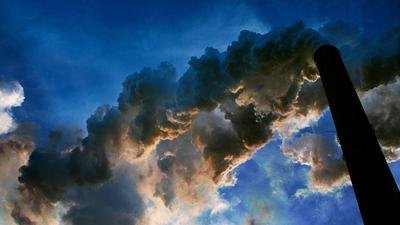 Maryland has joined a few other Northeastern states in suing the U.S. Ecological Protection Agency with an end goal to consider different states responsible for contamination that blows into the locale, making unsafe late spring exhaust cloud.

“Interstate exhaust cloud doesn’t regard political limits, so we require more activity by upwind states and the EPA to secure our residents and even the odds for our organizations,” said Ben Grumbles, Maryland’s condition secretary.

Maryland and other Northeastern states have been attempting since 2013 to add more states to a gathering known as the Ozone Transport Region, which organizes endeavors to lessen air contamination. They formally appealed to the EPA to require nine “upwind” states — Illinois, Indiana, Kentucky, Michigan, North Carolina, Ohio, Tennessee, Virginia and West Virginia — to join the interstate gathering.

The office was ease back to follow up on the demand amid President Barack Obama’s residency, prodding a portion of the states to record a claim to constrain the office to settle on a choice. A ultimate choice came a month ago from President Donald Trump’s EPA, preventing the development from claiming the ozone area.

Maryland ecological authorities assess that up to 70 percent of the air contamination here blows in from different states. That incorporates ground-level ozone, otherwise called brown haze, which is made when late spring warmth and daylight respond with discharges from autos, industrial facilities and power plants, causing breathing challenges and exacerbating heart and lung illnesses.