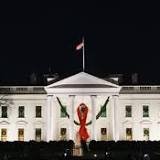 The rest of the individuals from the Presidential Advisory Council on HIV/AIDS were let go as a group this week.

The notice “expressed gratitude toward me for my past administration and said that my arrangement was ended, as of now,” said Patrick Sullivan, a disease transmission specialist at Emory University who takes a shot at HIV testing programs. He was delegated to a four-year term in May 2016.

Be that as it may, the “written work was on the divider,” he proceeded. The Office of National AIDS Policy, built up in 1993 amid the Clinton organization, has not had a chief since Donald Trump took office. “The tipping point for me was the president’s way to deal with the Affordable Care Act,” Schoettes said. “It is of awesome significance for individuals living with HIV like myself.”

The committee’s official executive, Kaye Hayes, affirmed in an announcement that all outstanding 10 chamber individuals had gotten letters Wednesday “educating them that the organization was ending their arrangements.”