U.N. climate office: It’s record hot out there this year 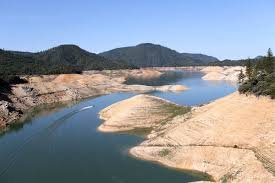 WASHINGTON — Because of man-made a dangerous atmospheric devation and a solid El Nino, Earth’s wild climate this year is blasting the yearly warmth record, the World Meteorological Organization declared Wednesday.

The United Nations climate office’s timely riser report on 2015 says it is the most sizzling year on record, surpassing a year ago’s record heat. It made the announcement without sitting tight for the end of the year on the grounds that it has been so phenomenally hot, gauge to remain as such and unrealistic to chill sufficiently off that it won’t set a record. The report comes the prior week world pioneers amass in Paris to attempt to arrange a consent to battle environmental change.

The report is not astounding: Scientists at the U.S. National Oceanic and Atmospheric Administration and somewhere else as of now were stating that 2015 likely would be the most sultry. The U.N. office, NOAA, NASA and Japan’s climate office all say 2014 is the present record hot year with a worldwide temperature of 58.23 degrees Fahrenheit.