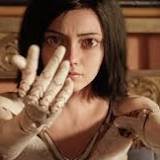 A live-action movie based on the manga Battle Angel Alita has been in the pipeline for more than a decade, but it’s finally becoming a reality thanks to two unlikely collaborators: Robert Rodriguez and James Cameron.

Cameron considered adaptaing Yukito Kishiro’s 1990 Japanese manga classic about a robot young lady rescued from a scrapyard. Be that as it may, he rather chose to take a shot at Avatar and set Alita aside for later. At the point when Cameron focused on four more Avatar spin-offs, he demonstrated his screenplay and notes about Alita to chief Robert Rodriguez (Sin City, Desperado), who altered it into a shooting content. Cameron was awed and requested that Rodriguez coordinate.

The outcome is Alita: Battle Angel, which consolidates on-screen characters who are either mostly or totally PC vivified with live-activity performances. Rosa Salazar (The Maze Runner: The Scorch Trials) plays Alita in a movement catch suit, while different entertainers including Christoph Waltz and Jennifer Connelly are highlighted all the more generally.