Spectre: The First Movie Review for James Bond are in 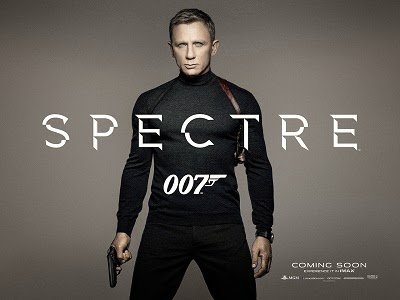 James Bond fans and those with a more critical eye have gone to the “first ever” screenings of Specter.

The 24th Bond film sees Daniel Craig return for a fourth, and on the off chance that he is to be trusted, potentially last, time as the MI6 specialists.

Sky News’ Entertainment Correspondent Lucy Cotter went to a screening in London’s Leicester Square to check whether the 190m film could experience its buildup.

Cotter said the immense spending plan was “apparent promptly with Bond first being found in Mexico City for the Day of the Dead celebration.

“The move makes him everywhere throughout the world, from Rome to Austria, winding up with some sensational scenes in London.

“Andrew Scott is an hugely welcome addition to the cast. He tackles the role of Max Denbigh (C), the new boss of the Center for National Security, and is not a fan of 007.

“Craig additionally appears to have a ton of fun this time round and even cracks a smile from time to time.

“Gestures to the past are fun and don’t impede the activity, it’s extremely stimulating, with high octane pursues and a lot of contraptions and muffles.

“Fans will be calling for Craig and chief Sam Mendes to keep them wanting numerous years to come – something they are unrealistic to oblige.”

The film keeps going over two hours and has earned blended responses from somewhere else – some calling it an “excellent Bond”, others say it is “unsurprising”.

Dwindle Bradshaw gave the film five stars in The Guardian and said it was “unadulterated activity pandemonium with a genuine feeling of style”.

The Times also awarded Spectre full marks, with critic Kate Muir saying Craig’s most recent trip is ” achingly cool, as smooth and capable as the silver Aston Martin DB10 that races through the motion picture”.

However, showbiz columnist Steve Hargrave said it was “strong and solid yet there were no genuine stuns or astounds”.

Spectre will be released on 26 October, the same night of the royal world premiere in London.