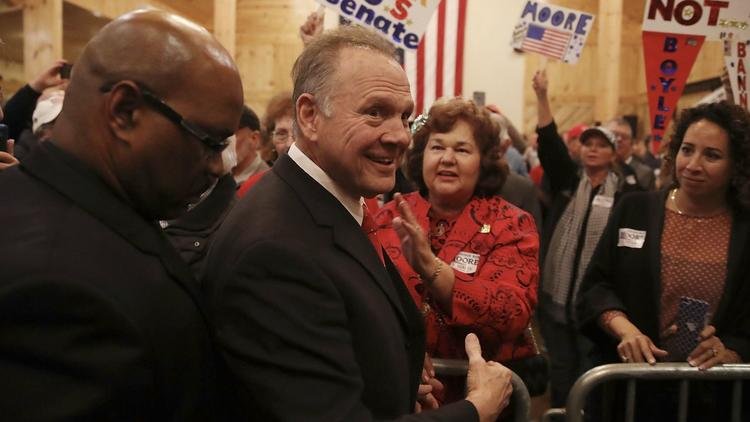 Roy Moore and Doug Jones mixed Monday to stake their last claims in Alabama’s cliffhanger of a U.S. Senate race.

Moore, who generally vanished from general visibility in the wake of being blamed for sexual offense, reemerged for a race eve rally with Stephen K. Bannon, a political guide to President Trump, in the rustic southeast corner of the state.

In about six U.S. Senate races in the course of the most recent two decades, no Democrat broke even 40%. Atty. Gen Jeff Sessions — whose previous seat is being filled in Tuesday’s unique decision — confronted token restriction in 2014 and won reelection with 97% of the vote.

Be that as it may, Moore’s dubious past — he was twice booted from the state Supreme Court for overlooking government law — and assertions he attacked two young ladies and impractically sought after a few others while in his 30s have transformed the challenge into a coin flip.

“They got on national TV contending their case in the wake of holding up 40 years,” he stated, “amid which I served in three open workplaces in the state, I ran five state crusades, three province battles … and not even once was this specified.”