On Abhishek Bachchan’s 43rd birthday, we bring you the 10 best and happiest pictures of him and his family from last year.

Abhishek Bachchan turns 43 on Tuesday and among those wishing in his birthday was wife Aishwarya Rai Bachchan. In an adorable post, which has a baby picture of Abhishek, Aishwarya calls him her baby forever. Sharing two pictures, she wrote: “always…My Baby??HAPPY HAPPY BIRTHDAY BAAABYYY.”

Abhishek has had a great life with his family. Together, Abhishek and Aishwarya remain one of the most popular star couples of Bollywood. He has enjoyed vacations with his wife Aishwarya and daughter Aaradhya. They recently went on a beach vacation and even to Udaipur for Isha Ambani’s pre-wedding functions. They danced the night away with their friends and their cute videos went viral.

Born to Amitabh and Jaya Bachchan, being in the limelight comes naturally to Abhishek, though in his growing up years, his parents ensured that his life was far removed from the arclights. He studied at boarding schools and went to college abroad but returned to join films. His career thus far has been a mixed bag with character-backed projects like Yuva, Guru and more recent Manmarziyaan giving him much acclaim.

On work front, the talented actor had a great last year and is looking at an even better year ahead. Abhishek returned to the big screen after two years with Anurag Kashyap’s Manmarziyaan. He played the mature and brooding Robbie in the film and his performance was lauded by critics and audiences alike. He was also a part of Netflix’s Mowgli: Legend of the Jungle. He voiced Bagheera in the Hindi version of the film.

In 2019, he will make his web series debut with Breathe. He will be seen with Amit Sadh in the second season of the show. The Raavan actor said he is looking forward to what is going to happen next. “I am very hungry… I am very excited to see what more can be done, how to explore new horizons,” he told IANS in an interview.

To celebrate his birthday, here are 10 happiest family pictures of Abhishek with his family, including Aishwarya, Aaradhya, sister Shweta, father Amitabh and mother Jaya. Manoj Bajpayee, who has been giving commendable performances in Bollywood from the time of film Satya to Aligarh will be conferred with Padma Shri award by the government soon.

The actor whose name has been added in the award list on Republic Day said that he is really happy that no one has abused him on social media platforms after his name was announced for the most coveted award of the country.
In all, 113 people will receive the Padma awards this year. Apart from Manoj Bajpayee, the list includes the names of late Bollywood actor Kader Khan and dancer-filmmaker Prabhudeva.

During the recent media interaction in Mumbai, Manoj Bajpayee said that he thinks that he is an exception in that way.

”There have been quite a few instances in the recent past when people have criticised the government’s choice on social media when it comes to conferring Padma awards to a particular individual,” said Manoj Bajpayee in a statement to IANS.

When asked about his feelings to get his name announced for Padma Shri, Manoj Bajpayee said, “My friends, relatives and followers are very happy with it. I have observed that till now, no one has abused me on social media and no controversy has been created when my name was announced.” So, I think it is a good thing that when you get an honour nobody has raised objections against it,” Bajpayee added.

The actor who is a recipient of two National Awards and several other accolades before got this news from Anupam Kher. According to the actor, when Anupam Kher told him about it before sleeping in the night, he said he got freezed.

Manoj said, “I didn’t know how to react on this news because I wasn’t expecting that something like this is going to happen.”

”He must be wondering why I didn’t respond in a joyful manner because honestly, I didn’t understand how to react to it,” Manoj Bajpayee said to IANS.

He will now be seen in the upcoming film Son Chiriya starring Sushant Singh Rajput, Bhumi Pednekar, Ranvir Shorey, and other actors.

Talking about Son Chiriya, Bajpayee said, “I think we have made a really good film in form of Son Chiriya. I have been a huge admirer of Abhishek Chaubey’s (director) work and I feel fortunate to work with him.” When asked about his role in the film, he said, ”I have played a small role in the film but it’s a really good role which he has offered to me. I hope the audience appreciate my role in the film.”
Directed by Abhishek Chaubey, Son Chiriya is a crime thriller set in the location of Chambal. The film is set to hit the screens in March this year. Priya Prakash Varrier set her for Bollywood debut with the film Sridevi Bungalow.

The teaser of Priya Prakash Varrier’s Sridevi Bungalow has just hit the web and has not been received well at all by fans. Boney Kapoor has sent a legal notice to the makers.
Priya Prakash Varrier winked her way into our hearts last year. She became an overnight sensation with the song Manikya Malaraya Poovi from the film Oru Adaar Love, which hasn’t seen the light of day as yet. The film stirred up several controversies, as a group of Muslims from Hyderabad claimed that the song insulted religious sentiments. For a while, Priya spent her time in and out of courts.
We’re not even halfway through the first month of 2019, and Varrier has already found herself in the eye of another storm. This time, she seems to have touched a raw nerve.
Priya is all set for her Bollywood debut with the film Sridevi Bungalow. The teaser of the film just hit the web and netizens are aghast to say the least. WHY USE THE NAME SRIDEVI?
The director, Prasanth Mambully has a rather weak response to this question. When Boney Kapoor slapped a legal notice on the film, the director told a portal, “My film is a suspense thriller. I told him (Boney Kapoor) that Sridevi is a common name. My film’s character also happens to be an actress.”
So it’s time to point out a few things to the makers. Sridevi was a renowned actress who left an unforgettable mark on Indian cinema. Her sudden death was a devastating shock for the entire country and for weeks, people were trying to understand what exactly happened. So almost a year later, to make a film using her name and showing the actress drowning in a bathtub without the consent of her family, seems like a terrible and distasteful joke on the Kapoors.
For starters, the makers knew that using the name Sridevi, especially after the actress’s shocking death would kick up a firestorm. It hardly seems like a coincidence that the makers decided to “just” chance upon the name Sridevi and decide to use it for a Bollywood film. It cannot just be that the film’s character “also happens to be an actress”. If our Quantico lessons are correct, Priyanka Chopra will tell Mambully that ‘there are no coincidences’.
Interestingly, in the teaser, Varrier’s character signs her name as “Sreedevi.” So then, why is the film named Sridevi?
A look at the description of the trailer on YouTube on the production house’s official account is a dead giveaway. We understand keywords, dear makers. When you write ‘sridevi funeral’, ‘sridevi last video’ and place them in the description box instead of the keyword box, it negates your claims. Hire better content/SEO guys the next time?

BATHTUB AND WINE
For a long time before Sridevi’s husband Boney Kapoor opened up about it, her death was shrouded in mystery. All that was understood was that she had accidentally drowned in a bathtub. The media came under heavy fire for ‘sensationalising’ the death of Sridevi. It was a heated subject of debate as many tried to understand her death and churned out numerous theories.
And then comes along Sridevi Bungalow, nearly a year after Sridevi’s death, that seems to be doing the same thing. After sobbing in the shower, Priya Prakash Varrier is seen drowning in the bathtub. No really, the teaser ends with her feet sticking out of the tub and you can hear police sirens in the background. It’s done in a highly distasteful manner and it is clear that the makers wanted to revive the death of Sridevi, which hasn’t faded from public memory as yet, and cash in on controversy for the film.
Controversies don’t always sell films. Content does. And this kind of degrading content could just prevent the film from seeing the light of day.
In another scene, you can see “Sridevi/Sreedevi” drinking copious amounts of wine. This brings back a rush of painful memories from February 2018, when ‘well-wishers’ blamed Sridevi for being inebriated and losing consciousness in the bathtub (looking at you here, Subramanian Swamy) There were several unflattering conspiracy theories that did the rounds and got royally slammed. INSULTING MEMORIES AND SENTIMENTS
It’s no surprise then that Boney Kapoor has slapped a case on the makers. It is bizarre that they didn’t even ask for consent from him and proceeded to make a Bollywood film using her name and cash in on her death to sell the film. There are personal feelings and raw emotions involved here and not just the business of filmmaking. It’s not even been a year since Sridevi died.
There are certain subjects that you need to approach with sensitivity, compassion and care. There are people involved here. You can’t get away with saying things like ‘Sridevi is a common name’.
Maybe Prasanth Mambully can get away. But will his film work? We will let the trailer speak for itself. Kangana Ranaut is one feisty star who has always spoken her mind on topics other Bollywood actors would rather stay away from. More often than not, her bold take on controversial subjects has had her single-handedly braving a storm stirred up within the industry. However, the ‘Queen’ actress has always managed to get the upper hand in her many public feuds with industry biggies.

While many of the controversies she had courted have now been watered down, in a recent interview, the actress revisited a few past instances and also claimed that she was singled out by many top filmmakers like Karan Johar, Ketan Mehta and Rakesh Roshan.

Claiming that film industry people were having intense meetings to allegedly put her in her place, the actress revealed that she did feel “cornered” after the failure of her film ‘Simran’. When asked if she felt like a lone wolf, she said that she has had her fair share of ordeals, accusations and conflicts, but found that people resonated and identified with her and even supported her through it all.

According to the report, the actress pointed out that while on one had Aditya Pancholi filed a case against her, Rakesh Roshan continued to say he would reveal something, but said that “all of this did not go anywhere.”

Kangana is currently awaiting the release of her historical saga, ‘Manikarnika: The Queen Of Jhansi’ that is slated to hit screens on January 25. 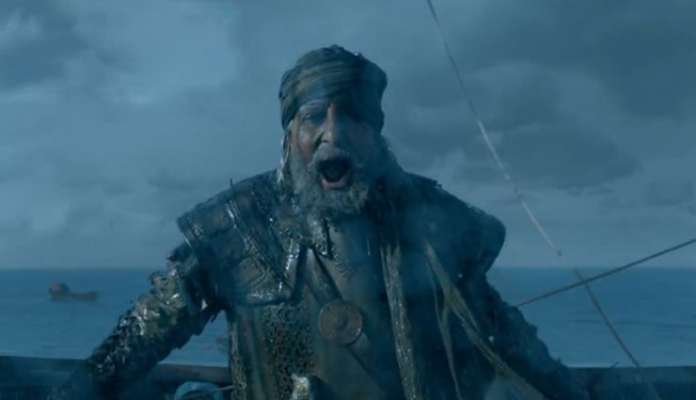 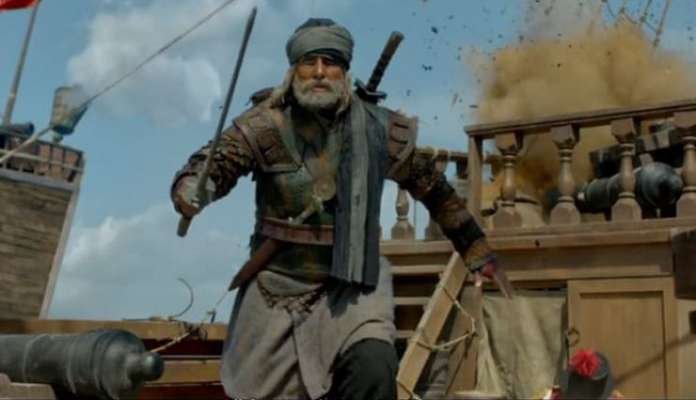 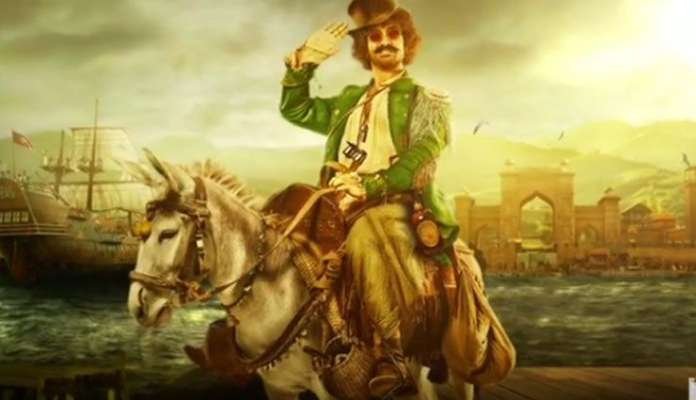 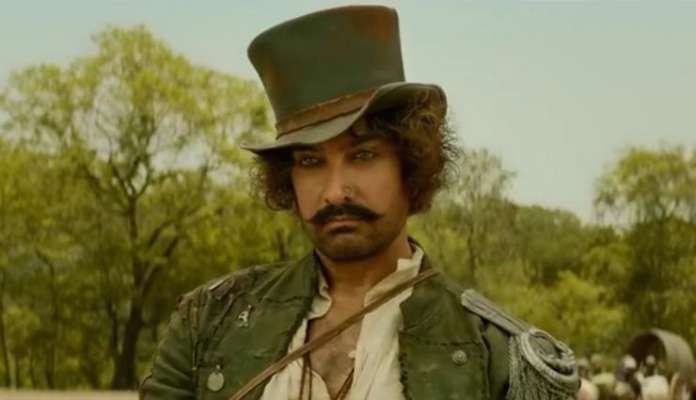