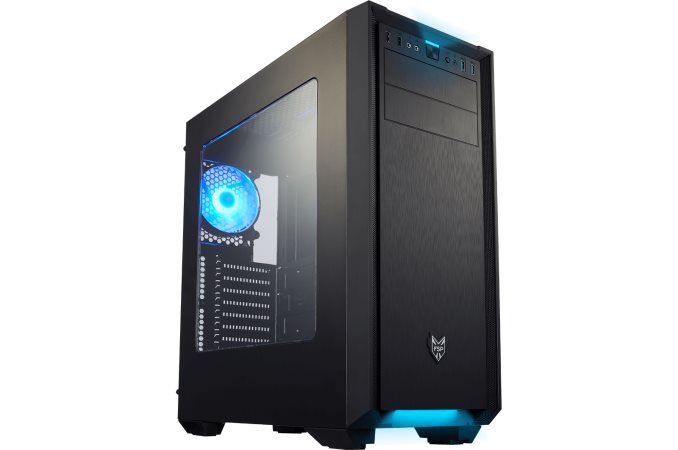 FSP has declared two new mid-tower cases: the FSP CMT330 and the FSP CMT520. The two new cases include FSP’s “radiance cover” reflected floor plate which sits over the power supply cover, and a similar inside, yet are styled very extraordinary on the outside. The CMT520 has the more premium look of the two and incorporates glass front and side boards and additionally a coordinated LED and fan controller. The CMT330 utilizes an acrylic side board, no glass front, and includes bolster for 5.25-inch drives. Both mid-tower bodies are focused on gamers and devotees who might want a superior take a gander at a reasonable value point.

The inside of both mid-tower cases can bolster a most extreme CPU cooler stature of 163mm and video cards up to 423mm long. For cooling, both skeletons bolster up to 3x120mm radiator up top, 120mm on the back, and 3x120mm on the front. Motherboard bolster ranges from Mini-ITX up to ATX (520 shows E-ATX similarity) so the two cases have a great deal of adaptability in such manner. Both have space for two 3.5-inch HDD and four 2.5-inch SSDs while the CMT330 can house two 5.25-inch ODDs notwithstanding the 2.5/3.5-inch spaces.

Note on account of the CMT330, introducing something in the 5.25-inch straights will constrain the quantity of front board fans to two. The corona cover on both undercarriage have an intelligent board intended to mirror any lighting inside the case, and the cover held set up by magnets. The FSP CMT330 is recorded with a MSRP of ($80 at Newegg), while the more premium FSP CMT520 has a MSRP of $100 ($109 at Newegg).