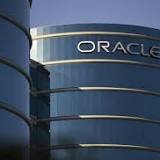 Oracle has been looking to refashion its business around internet-based products. The strategy was dealt a setback last quarter when cloud-computing sales missed analysts’ estimates. The Redwood City, California-based company also gave a disappointing forecast for cloud growth in last week’s earnings report, which sent shares falling the most in three months. Oracle has been turning to acquisitions to accelerate its shift to the cloud, including last year’s $9 billion purchase of NetSuite Inc.

“Oracle looks like its reasonably unlikely to face significant competition now that its made its first move,” he said. “They’d need to have some pretty significant private equity backing, or something, to be able to make a competitive bid.”

Aconex listed on the Australian Securities Exchange in December 2014, selling shares at A$1.90 apiece. It has more than 70,000 customers and its cloud-based software has been used on 16,000 projects across construction, infrastructure and energy in 70 countries, according to its website.