Web 3.0 (Web3) is the third generation of the evolution of web technologies. The web, also known as the World Wide Web, is the foundational layer for how the internet is used, providing website and application services. 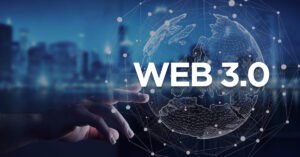 Web 2.0 is the current version of the internet (a term often used interchangeably with the web) with which we are all familiar, while Web 3.0 represents its next phase.

Web refers to the World Wide Web (WWW), the internet’s core information retrieval system. The WWW initialism used to (and often still does) preface a web address and was one of the first characters typed into a web browser when searching for a specific resource online. Internet pioneer Tim Berners-Lee is credited with coining the term World Wide Web to refer to the global web of information and resources interconnected through hypertext links.

And here is Web 1.0 for some added context. 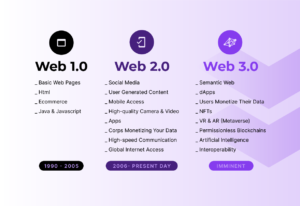 Berners-Lee pioneered the early development of the internet in 1990 when he was a computer scientist at European researcher CERN. By October 1990, Berners-Lee had written the three fundamental technologies that became the foundation of the web, including the very first webpage editor/browser (WorldWideWeb.app):

HTML: HyperText Markup Language, the markup or formatting language of the web

URI or URL: Uniform Resource Identifier or Locator, a unique address used to identify each resource on the web

HTTP: HyperText Transfer Protocol, which allows for the retrieval of linked resources from across the web 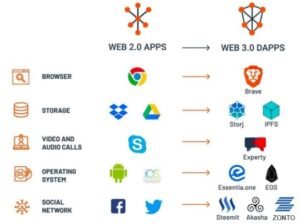 When it comes to Web 3.0, you’ll find that cryptocurrency is frequently mentioned. This is because many of the Web 3.0 protocols rely heavily on cryptocurrencies. Instead, it offers a monetary incentive (tokens) to anyone who wishes to help create, govern, contribute to or improve one of the projects. Web 3.0 tokens are digital assets that are associated with the vision of creating a decentralized Internet. These protocols may provide various services, such as computation, bandwidth, storage, identification, hosting and other online services formerly provided by cloud providers.

For instance, the Livepeer protocol, which is based on Ethereum, provides a marketplace for video infrastructure providers and streaming applications. Similarly, Helium incentivizes consumers and small businesses to supply and confirm wireless coverage and send device data through the network using blockchains and tokens.

What’s a Real-World Example of How Web 3.0 Will Be Able to Provide Greater User Utility?

For example, if you are making plans for a vacation and are on a budget, you currently would have to spend hours looking for flights, accommodation, and car rentals, trawling through numerous websites and comparing prices. With Web 3.0, intelligent search engines or bots will be able to collate all this information and generate tailored recommendations based on your profile and preferences, saving you hours of work.

See Also: What is 6G? Overview of 6G Networks & Technology