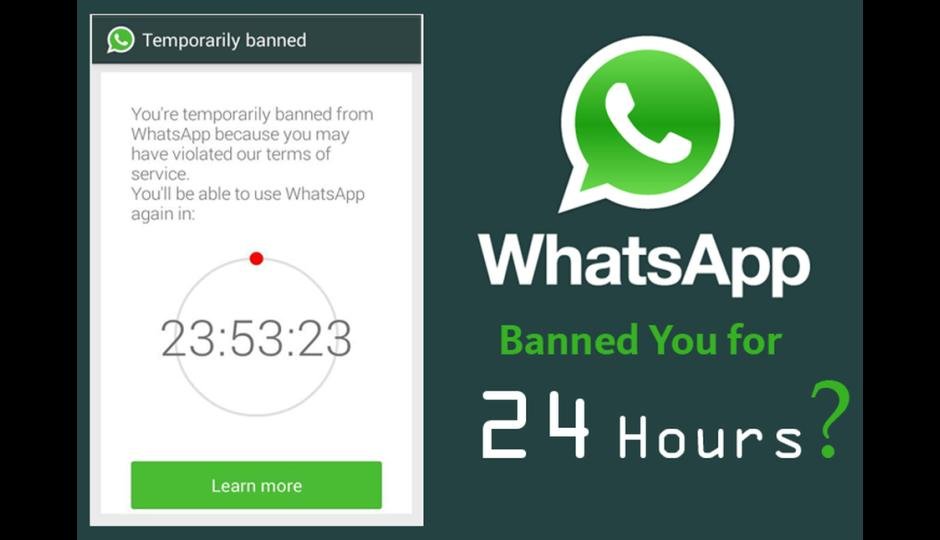 WhatsApp has banned some users for 24 hours because they violated the app’s ‘terms of service’ by using a third-party client called WhatsApp Plus. Various users have reported the ban on different social networking sites like Facebook, Google+ and Twitter.

WhatsApp has asked users to uninstall WhatsApp+ and install an authorised version of WhatsApp from official website or Google Play to resume the service, although the 24-hour ban will remain for the full duration despite replacing or uninstalling the app. The messaging service announced that WhatsApp Plus is not related to the messaging app and includes codes that are not supported by WhatsApp. The company also added that WhatsApp will not bear any responsibility if any user information gets leaked while using WhatsApp Plus.

Related Stories
Bonus: Archiving Data with the Hybrid CloudNokia Asha 501 gets WhatsApp via an OTA updateWhatsApp messenger for smartphones – IM the…The Joys and Woes of the Facebook-Whatsapp…WhatsApp allegedly breaching international…Top 15 Android games that you should play
According to a report, WhatsApp has justified the move by stating that WhatsApp Plus is a malware and people should refrain from downloading the app for their own security.

WhatsApp has also pointed out the same reason in their FAQ section, stating, “WhatsApp Plus is an application that was not developed by WhatsApp, nor is it authorised by WhatsApp. The developers of WhatsApp Plus have no relationship to WhatsApp, and we do not support WhatsApp Plus. Please be aware that WhatsApp Plus contains source code which WhatsApp cannot guarantee as safe and that your private information is potentially being passed to 3rd parties without your knowledge or authorization.”

According to reports WhatsApp is also working on its own web client. New code has been discovered inside a WhatsApp update that mentions WhatsApp web. The code has references to logging in to a web service as well as tracking statuses online.