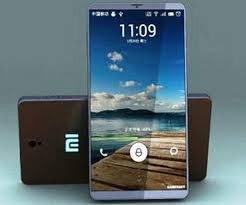 Xiaomi last week started sending invites for its January 15 event in Beijing, where it is likely to announce the next flagship phone. The Chinese company is widely expected to reveal the successor to the Xiaomi Mi 4 at the event – the Mi 5; however, an online listing of a new Xiaomi handset has added new speculations ahead of the Thursday event. Additionally, a $65 Xiaomi smartphone has passed Tenaa, which is Chinese equivalent of the FCC, and a bunch of images have surfaced showing the thin aluminium body of alleged Mi 5.

Oppomart, an online reseller of smartphones, has listed the Xiaomi Redmi Note 2 with complete specifications and pricing details. The listing has surfaced at a time when the company is gearing up for its first major event of 2015 – tipping it might be launched at the same event.

According to the Oppomart listing (via Gizmochina), the Redmi Note 2 is priced at $249 (Rs. 15,600 approximately) and comes with upgraded innards when compared to its predecessor, the XiaomiRedmi Note. It features a 5.7-inch full-HD display and boasts a 2.5D glass screen. Under the hood, the phone will pack a 64-bit octa-core Qualcomm Snapdragon 615 (MSM8939) octa-core processor coupled with 2GB of RAM. The handset is listed to come in two storage variants – 16GB/32GB – with no word on expandable storage.

There is a 13-megapixel rear camera onboard, besides a 5-megapixel front camera. Running MIUI 6 based on Android 4.4 KitKat, it supports dual-SIM (Micro-SIMs). The handset is backed by a 3600mAh battery. Considering that this is a third party retailer listing of the Redmi Note 2, we can expect some of the innards might change when the handset gets officialy launched by Xiaomi.

Unfortunately, there is no mention of the dimensions of the new Xiaomi Redmi Note 2. It’s worth noting that the official teaser of the January 15 invite said, “What does it look like? What is it as thin as cicada’s wings?” suggesting that the Xiaomi’s next flagship will sport a sleek profile.

In other news, Xiaomi’s alleged entry-level 4G LTE smartphone believed to be priced at as low as CNY 399 (approximately $65 or Rs. 4,000) has been spotted at Tenaa certification. The unnamed budget Xiaomi smartphone was said to include Leadcore chipset.

According to the Tenaa listing (via PhoneArena), the handset will include GSM / TD-SCDMA/ TD-LTE connectivity options. Some of the other rumoured specifications of the $65 Xiaomi handset include a 4.7-inch HD display; 1GB of RAM; 8GB inbuilt storage; an 8-megapixel rear camera; a 2-megapixel front camera, and Android 4.4.4 KitKat.

Another set of leaked images have surfaced showing purported aluminium body of alleged Mi 5. The leaked images come courtesy of nowhereelse.fr, a prolific tipster, and it claims that the handset will sport a thickness of 5.1mm.